After living in Spain for over 10 years I am still surprised by how much time, energy and effort Spanish people put into learning English grammar. One person told me […]

After living in Spain for over 10 years I am still surprised by how much time, energy and effort Spanish people put into learning English grammar. One person told me […]

Over the last seven months I have reviewed 50+ grammar components from two perspectives:

My goal was to try and understand English grammar through the eyes of a Spanish person. Basically how would Spanish grammar influence my learning of English. I also wanted to explore how different are the two grammar structures. For example, if I was only to make word-for-word translations would there be any loss of meaning, how would I sound? Like Tarzan?

Here are the results from this contrastive analysis:

From the 50 components I reviewed I made three example sentences in English and three in Spanish. Each sentenced was compared based on three parameters:

In the example below the word DID is added:

In the example below the word LES is added:

In the example below English uses a different tense:

I am writing a letter

In the example below English uses a different order:

Based on these three parameters a scoring system was used to measure the similarities between each of the 150 sentences. Sentence Similarity (SS) was rated based on the number of similarities as a % of the sentence total.

In the sentence below only one word is correct (Maria) all other words change – this was rated as being 33% similar (1/3).

Here are the results from the 150 sentences evaluated:

This exploratory investigation in comparing English and Spanish grammar systems is a fundamental step in helping Spanish people rethink their approach to learning English, and the value placed on learning grammar.

From my conversations with Spanish people I believe you are overinvesting time, energy, effort and money in the way you learn English grammar. To me it seems you are studying English grammar for a different purpose, to become a linguist or translator.

The key learning from research and teaching over the last 10 years is that Spanish people are very lucky in that English and Spanish grammar systems are very similar and behave more or less the same – see results: 51% (or 76 sentences) had an 80+% similarity.

I believe that an 80% accuracy goal is more than sufficient. I don´t use English grammar 100% perfect.

What this project has revealed is that too much time is spent on reading grammar rules, definitions and completing grammar exercises. Learning English for a Spanish person is much easier than for a Russian, Japanese or Chinese person. And is probably 100 times easier than learning Russian or Chinese.

As a Spanish speaker you do not need to study English grammar as it is the same as Spanish grammar. What you have to do though is learn how to use it. This is gained from experience not through structure and information. 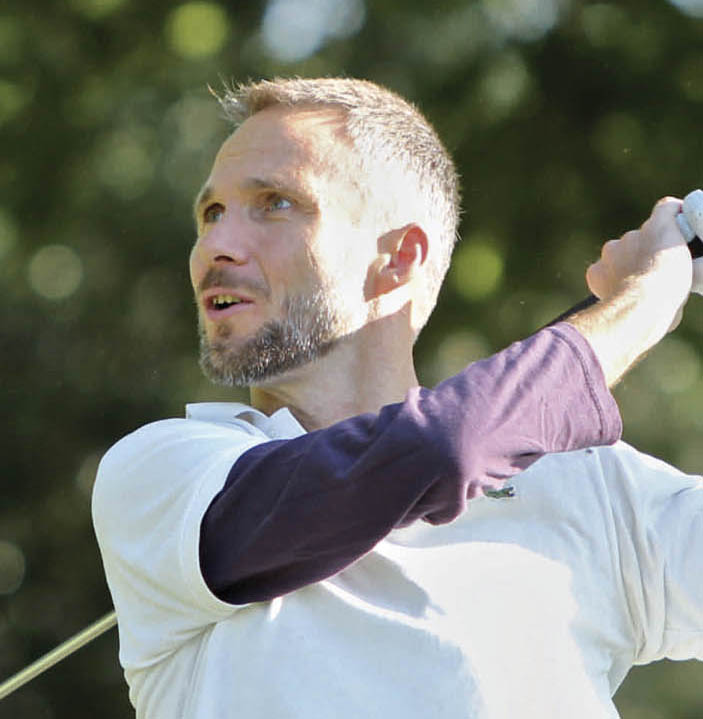 Jonathan has been living in Spain for over seven years. Previously he worked in the Consulting sector for companies based in London, Madrid and Sydney. Jonathan is passionate about personal development and coaching, and incorporates many coaching techniques in his teaching. He is also passionate about sports and outdoor activities.

You never forget a good teacher

English Golf Experience was founded by Jonathan Ballantine, a native English trainer, and certified by the University of Cambridge to teach English as a second language.

Jonathan has been living in Spain for over ten years. He is also passionate about sports and outdoor activities.

We use cookies to collect statistical information about navigation. If you go on surfing, we will consider you accepting its use.
More information